Out See Go
By Chris Engle, contributor
(Feature photo is Round Lake, a great place to be.)

The end of April brought opening day of trout season, a welcome date on the calendar after nearly six months of winter. Spring in Northern Michigan is the reason I live here and opening day for trout — which coincides with the walleye opener too — is more exciting than Christmas in my book.

This year, a friend invited me to trout camp in the heart of the Pigeon River Country State Forest, an expanse of 100,000 acres of public land with three rivers and many lakes. It’s a place I know pretty well but Alex knows it way better, and his directions to trout camp were as convoluted as he likes it. In his trout-centric mind, roads don’t cross rivers — it’s the rivers that cross roads — and his landmarks are forks, two-tracks and old signs few others would even notice. 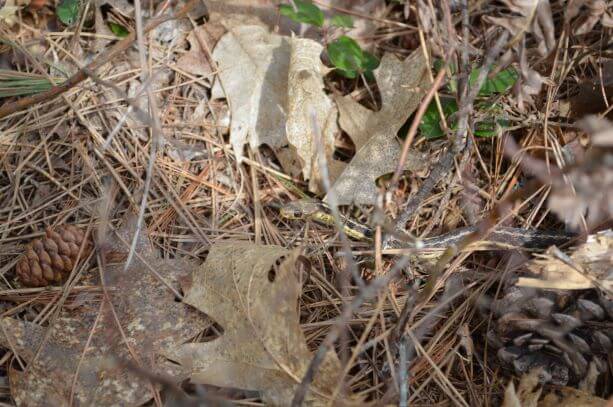 A snake in the grass. Photo by Chris Engle

That said, I rolled into camp about 2 in the afternoon to find what I expected: a few empty tents, a single truck  and no people. With the confidence I could find camp again, I headed back down the trail in search of somewhere to fish.

This is where my plat map came in handy. The fringe of Pigeon Country is a patchwork of public and private holdings with rivers meandering through. In order to keep from trespassing, especially in small areas of public land, a detailed map is essential and county plat books give the best idea of where you can and can’t go.

I found a small stretch of the Upper Black River that looked promising. I tucked my truck into the woods off a two-track, geared up in waders and a tackle belt, and headed in to the thickets that surround much of the Black. 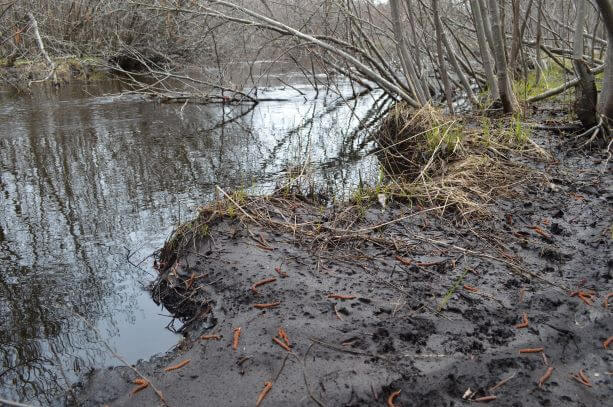 This river is known for brook trout and only brook trout since it’s managed as a fishery exclusive to brookies. It’s easy to see why — thick overhangs and undercut banks make this small river a brook trout paradise. That character makes it tough to fish and I had to explore a good while before I found a place where I could cast a spinner without immediately getting tangled. 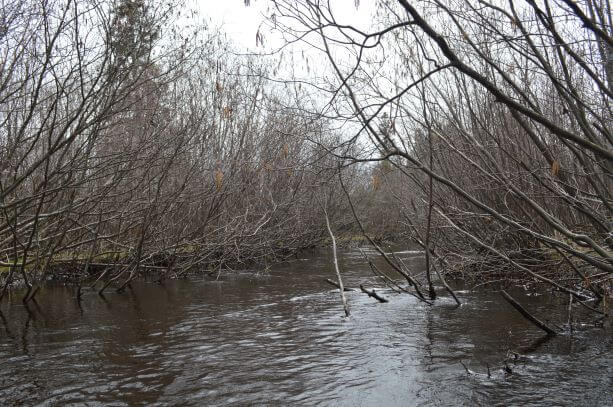 High water makes the Upper Black a spooky dark color, not suitable for crossing without the risk of topping your waders. Photo by Chris Engle

Only a few casts in brought my first strike — a sudden, strong tug on my line and a quick flash of a trout midstream. Not wanting it to take my hook into brush, I pulled back too soon and lost the fish. So it goes.

From there I headed north to Round Lake, a small pocket of water and weeds southeast of Pigeon Country Headquarters. There’s a campground here and honestly, if you’re looking for your own trout camp HQ, this is a good option since it’s within a few miles of the Pigeon and Black.

I drove with my waders on so with a quick switch to a flyrod I was casting for panfish and bass. It was just too early in the season and the water too cold for any fish to be interested, but a muskrat swam right up to my rod tip before he saw me and dove with a slap of his tail on the water. 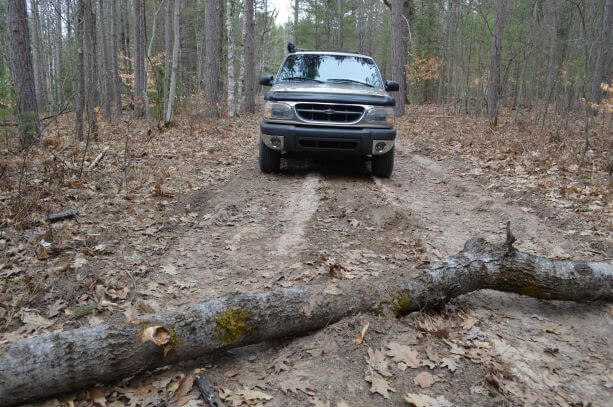 This was my first trip out with my “new” truck, a ’99 Explorer built when I was in junior high school. A fallen aspen stopped me in my tracks. Photo by Chris Engle

Before I headed back to camp, I stopped at Pigeon River State Forest Campground for a few quick casts, not expecting to catch much in a well-trafficked area but it was nice to see the Pigeon again after six months or so. 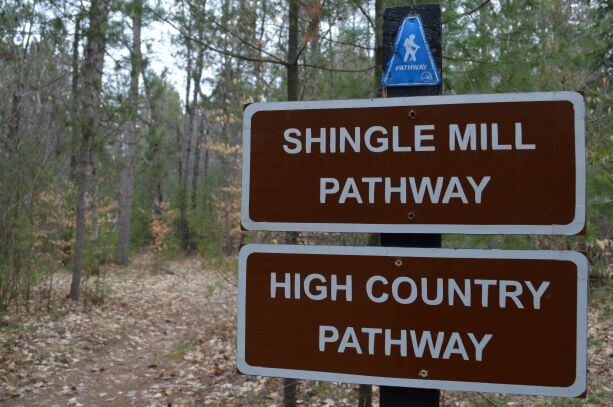 Pigeon River Campground is a good jumping-off point for an 11-mile Shingle Mill hike or an 80-mile High Country adventure. I highly recommend the former. Photo by Chris Engle

Back at camp, the guys were starting to float in and it was soon time for dinner and a cold beer around the fire. I wasn’t alone: none of the guys had seen a trout, turkey or morel mushroom but none of their spirits were dashed. 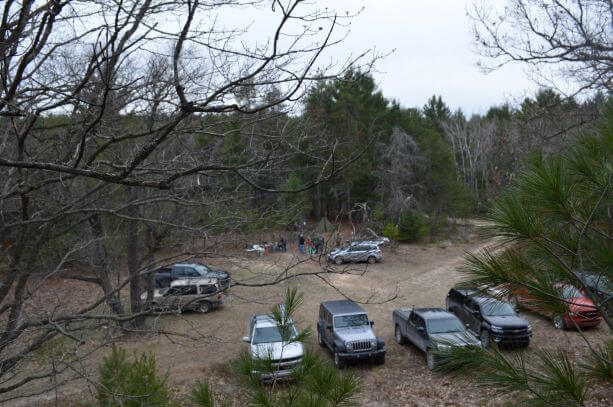 Trout camp, as seen from 20 feet up a white pine. Photo by Chris Engle

I made my way slow out of the Pigeon the next morning, stopping at a few places to look for mushrooms before making a few casts under a timber bridge spanning the Sturgeon — or was the river crossing the roadway? I’m not sure but I had no takers there.

It was a short trip but the beauty of Pigeon River Country is that I was able to hit three rivers and a lake in about 80 miles round trip. The water is getting warmer now and I’m headed back up there Sunday morning with a friend because that’s what spring in Otsego County is all about.