If you’re anything like me, then you are not a rock star anymore. Going “out on the town” is a distant memory; going out of the house past 8:00 p.m. in the winter is virtually nonexistent! But every now and then, you have that undeniable urge to do what you always say you will do – get together with your friends for a night out. Let’s fast forward past the three times you all say it to one another, the one time you put on your PJs early and cancel at the last minute…this is really happening now! 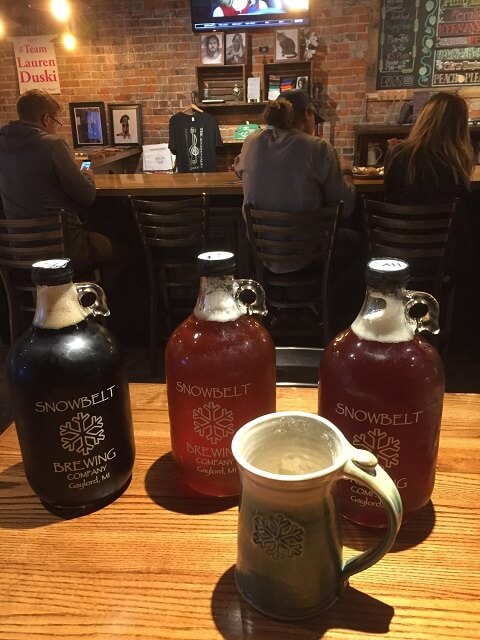 All fun and games aside, I do have one disclaimer: have fun, but of course, be responsible. Gaylord has two taxi services and it’s not so bad to be the DD (in fact, everyone LOVES the DD, so you’ll get lots of positive attention!).

So, we are finally going OUT…but how do we decide where to go? Gaylord is a community in the midst of change; there’s a new vibe spreading throughout town in the form of eclectic restaurants, hip hangouts and more microbrews than you could possibly sample in one week, let alone one night! The best way to tackle this dilemma is by experiencing a few places at a time, which is exactly what we did.

The first item on our agenda was nourishment. Relatively new to our restaurant scene, The Blind Squirrel just opened last year but is already becoming a well-known staple. If you’re looking for a casual bar with an up north feel, they’ve got you covered. But if you’re looking for a culinary masterpiece to satisfy your taste buds, they also excel! With a menu ranging from chicken wings to ribeye steak topped with garlic butter shrimp, you certainly will not leave hungry.

Insider’s Tip: Don’t be intimidated, the Sloppy Burger is not as sloppy as it sounds. Dig in. 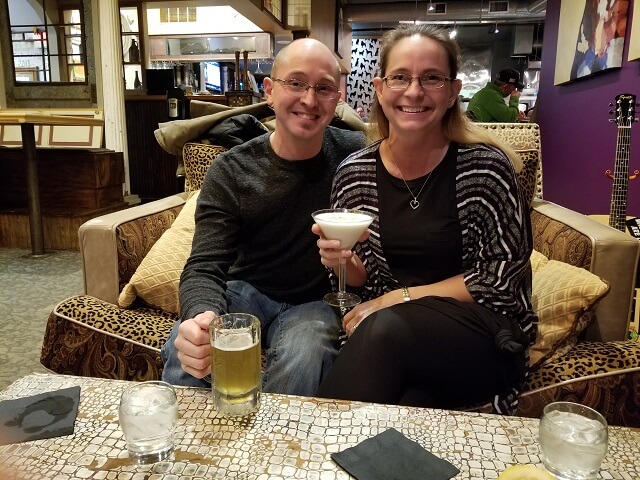 With our stomachs full, we ambled to the car and momentarily debated heading home for a well-deserved nap after such an exceptional dinner. The only motivation we needed to continue on our after dark adventure, however, was the suggestion to lounge at The Bearded Dogg. With the clever slogan “Come. Sit. Stay.” and some of the coziest furniture you will ever encounter, The Bearded Dogg has one of the most enticing atmospheres you will find. Funky yet inviting, you’ll want to explore every nook and cranny to make sure you don’t miss any of the special touches that make this restaurant so unique. The extensive drink menu gave us ample “dessert” options, which rounded out our perfect meal.

Insider’s Tip: Snuggle deep into one of the couches next to the fireplace and treat yourself to a cinnamon toast crunch martini. 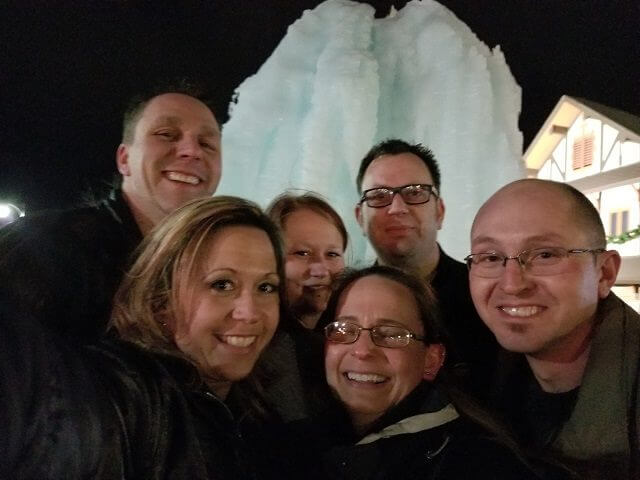 Feeling rejuvenated after dawdling at the Dogg, we decided it was time to partake in an all-time favorite Gaylord pastime – taking our picture in front of the iconic ice tree! Located downtown on the Courthouse lawn, Gaylord’s ice tree has been beckoning selfies since before the word “selfie” was in our vocabulary! It took a few tries, but was well worth the effort in the end.

Insider’s Tip: The ice tree is made of ice. Don’t try to climb it. You will fall.

Since we were already on Main Street, we settled on one final stop for the night. Established in 1933, Mary’s Tavern is truly 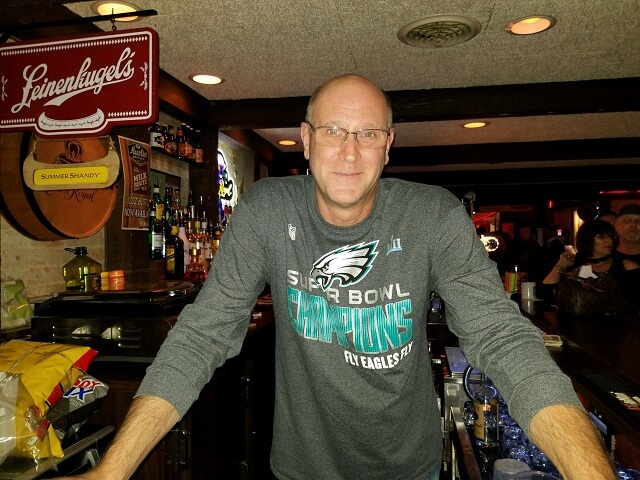 one of the longest running businesses in Gaylord. A popular local hangout, Mary’s has everything you’re looking for from a hometown bar: music, pool tables, a full range of drinks, reasonable prices and lots of people just hanging out. When you’re away from home but don’t want to feel like a stranger, take a seat at the bar and visit with Mike Buckler, my personal favorite bartender. Charming and friendly, Mike will be your new best friend. As a bonus, he doesn’t seem to mind when you’re not sure what you want and he’s pretty darn good at concocting something up on the spot!

Insider’s Tip: Tell Mike you’re the DD and he’ll mix up a non-alcoholic drink that looks just as fun as what everyone else has.

As midnight grew near, we all congratulated ourselves on staying up so late and agreed we needed to get out more often. With so many trendy new establishments to explore, along with time tested favorites, I’m eager to try out something different next time. I just hope we don’t put it off for so long again.