Last month I took you down washed out and rutted back roads of the Black River area in a fruitless search for spawning sturgeon. Sorry if I ruined your shoes with that one.

This time we’re taking the sunny side of the street to a place that’s right on the beaten path but is overlooked if you’re in a hurry to get somewhere.

That place is Frank Wilkinson Park, known to locals and admirers as Irontone Springs for the rust-stained artesian drinking fountain flowing eternally there. 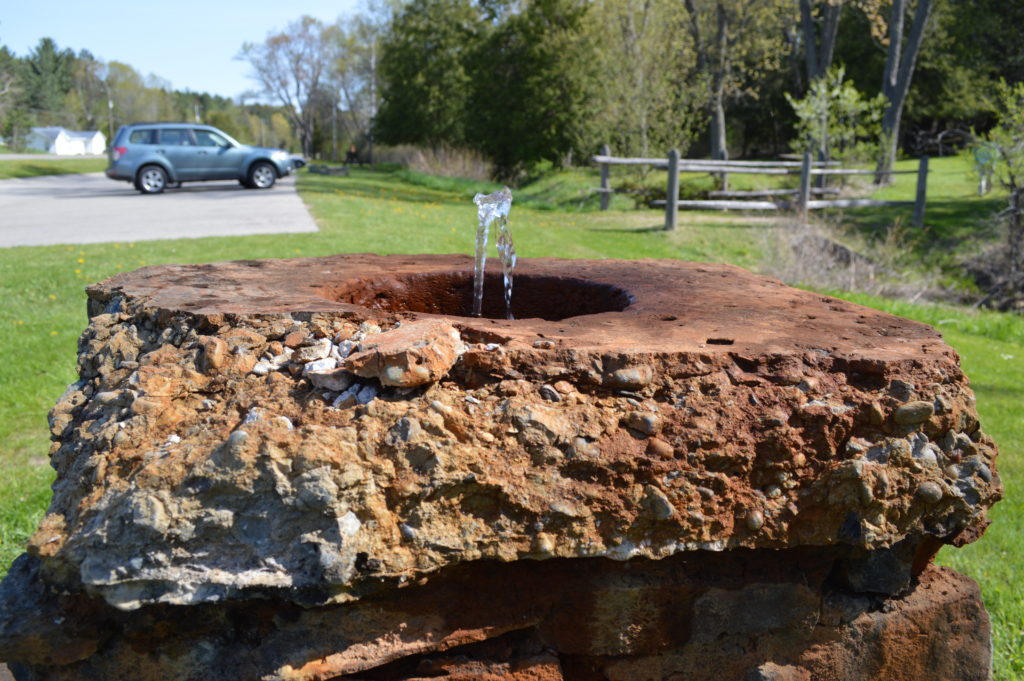 Irontone Springs is known for its artesian well that offers cold, clean water fresh for the drinking. Photo by Chris Engle

The park is just a few miles north of Gaylord on the east side of the road where Old 27 drops and bends to the right. The small, pull-through park can be easily missed if you’re going too fast on this scenic stretch of highway so chill out and keep your eyes peeled for the park’s sign or its many flower beds and bridges.

To me, Irontone is the gem of the Otsego County Parks & Rec Department and it’s evident they feel the same way because the staff keep it up really well. The flower beds are blooming now and the tables, grills and pavilion are all picnic ready. 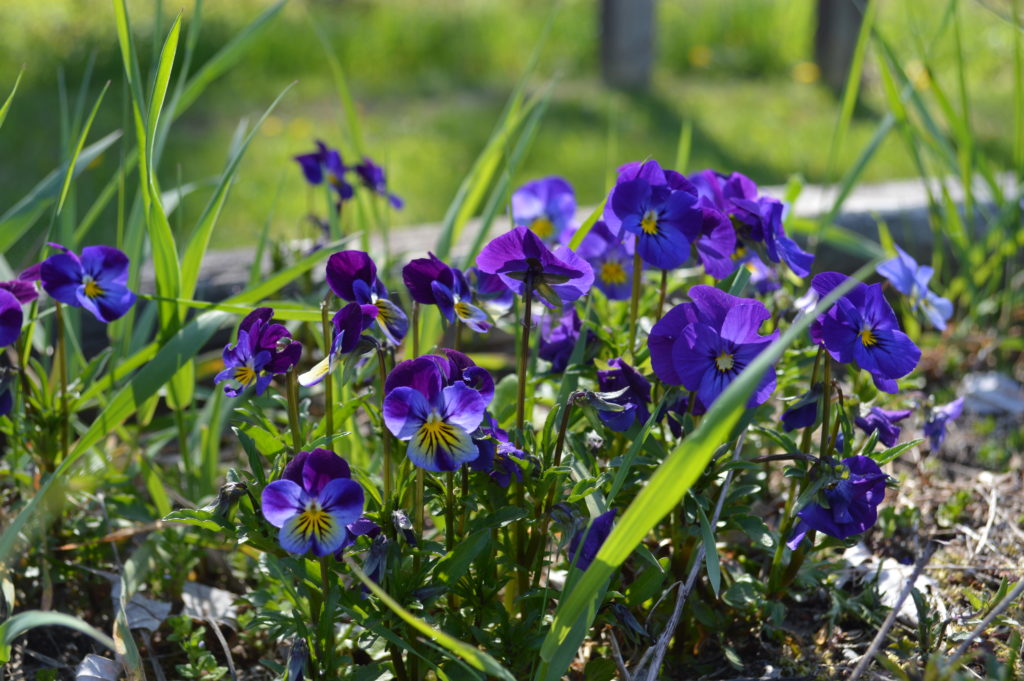 Flowers in bloom at Irontone Springs. Photo by Chris Engle

The first thing you’ll notice are the bridges crossing the small creek there. The stream is marked on the county map as Mossback Creek, one of the very early headwaters of the Sturgeon River which ends up in Burt Lake far to the north. If you’re nimble you can pull off a Jean-Claude Van Damme split and put one foot on each creek bank. Look down and you’ll see small fish darting in and out of the shady spots. Clean, cold headwaters like these are what make the Sturgeon River such a prime habitat for trout a little further downstream.

Let’s talk geology for a little bit because it’s what makes Irontone so unique and special.

One thing you’ll notice from the parking lot is that there’s a bed of cattails in a marsh uphill of where you’re standing. This is what makes the artesian well work: The hills on both sides of this stretch of Old 27 are saturated, putting the park below the water table. This pressurizes the artesian well enough to create a gentle, six-inch stream of water that’s perfect for drinking or filling up a water bottle.

Imagine sitting in a rowboat on a pond then drilling a hole in the floor of your boat. A geyser of water will shoot up out of that hole just like in the cartoons. That’s essentially what’s happening at Irontone Springs – the well being the hole – but the park doesn’t flood because Mossback Creek carries that water away to the Sturgeon River. 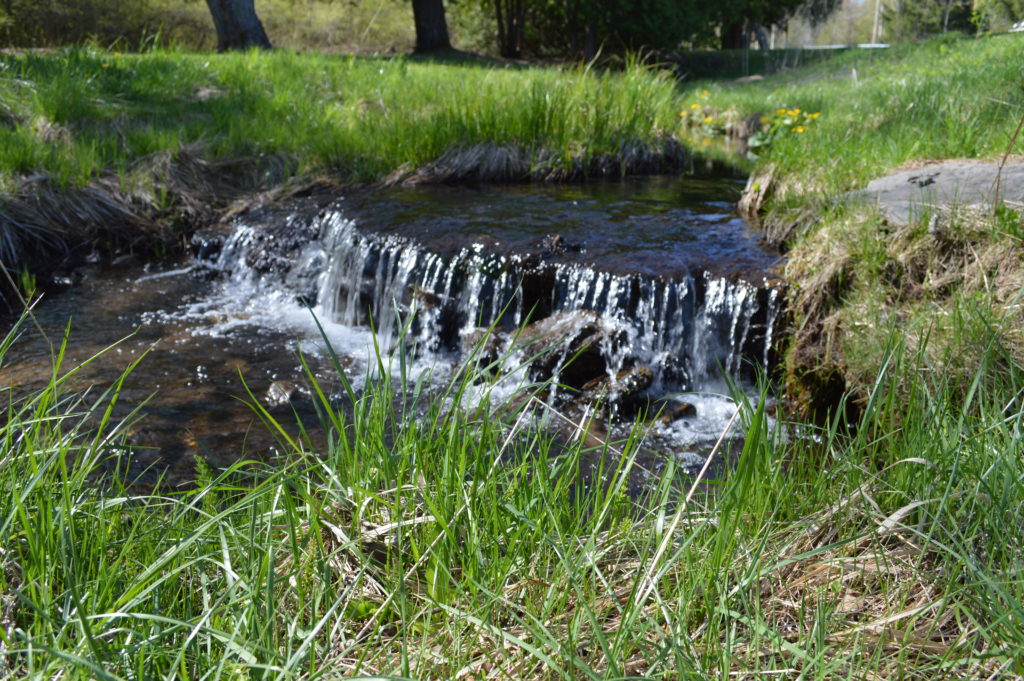 A cascade of water rolls over a slab of stone in Mossback Creek. Whether it’s a natural waterfall or not, it’s still very pretty and worth a look. Photo by Chris Engle

Another interesting geological feature is the exposed bedrock in the creek. Though I’m not certain it’s there naturally – this place has a long history with people that I’ll talk about in a bit – the rocks make miniature waterfalls that sound just as wonderful as they look. I had a short stint taking graduation photos and this is where I took my one client for her pictures.

As for its history, a 2011 story in the Gaylord Herald Times said this:

The park is located at the site of the former Detroit Iron Furnace Company’s Kiln No. 2. The company purchased a large tract of timbered land in the area in 1881 and built several kilns to provide a steady supply of charcoal for their Detroit foundries.

A small community for kiln workers grew in the Mossback Creek Valley just north of the park. The valley was referred to as “Smoky Valley” as the burning of wood to produce charcoal smoked up the neighborhood.

Sometime before 1930, a small service station sprung up at the site and sold gas, hot dogs and candy. I interviewed Chuck Rich back in 2009 for a Herald Times feature about the park. Rich, who was 83 at the time, was a toddler when his dad owned the service station but remembered the cars pulling up for gas. 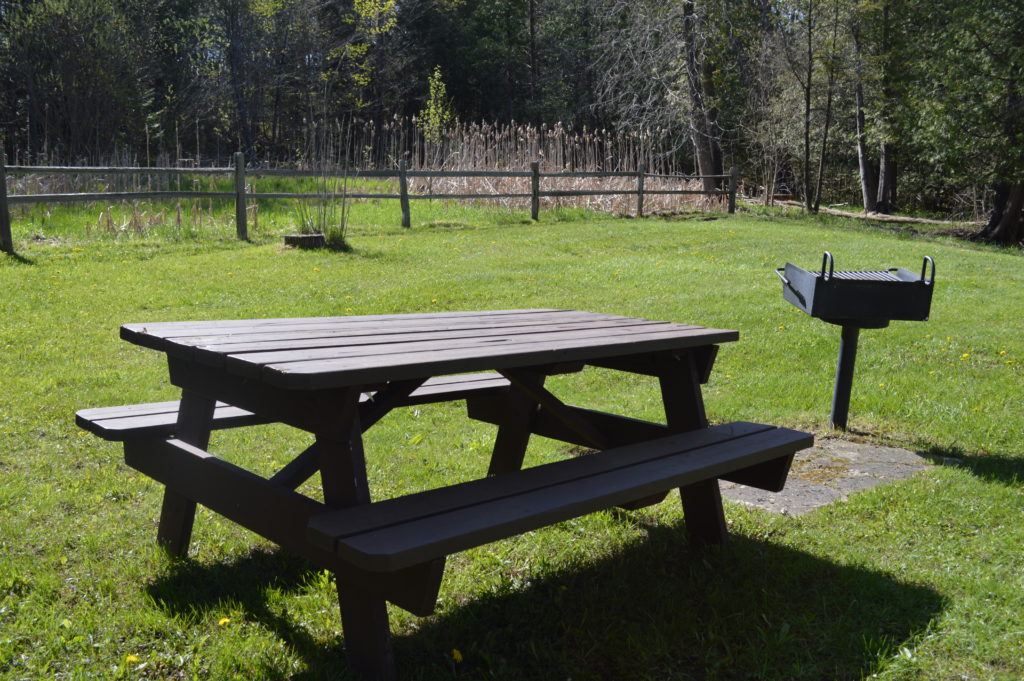 A picnic table and grill await a family for lunch. Photo by Chris Engle

“Back then it was all Model-Ts,” he said, adding the water flowing from the spring “was just as good then as it is today.” He said camping was permitted there for some time.

The 2009 story said the elder Frank Wilkinson later owned the property and deeded it to the Otsego County Road Commission which used it as a rest area in the days before I-75. The road commission donated it to the parks department in the mid ‘90s. 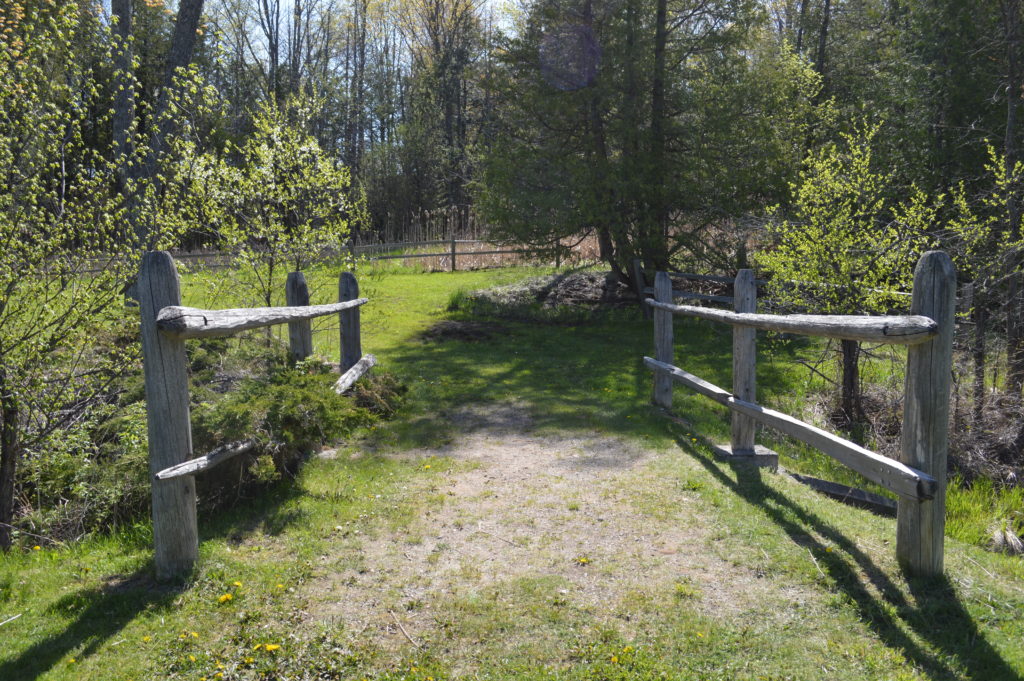 Looking over one of the bridges crossing Mossback Creek. Photo by Chris Engle

Carol Wilkinson guessed that it was sometime around 1961 when the park was dedicated in the elder Frank’s name.

“We’ve had a lot of family celebrations there,” she said. “Even as high school kids it was a picnic spot. As a child, riding with your parents, it was the thing to do to stop at the park and have a drink from the fountain.”

Whether people call it Frank Wilkinson Park or Irontone Springs, it’s all about the water. It’s cold, fresh, clean and full of minerals — its high iron content is what stains the fountain and surrounding ground a red rust color. I’ve seen people filling up gallon jugs and I once filled a five-gallon pail with which I brewed my first batch of beer. I named it Irontone IPA and it was not bad at all.

So this summer, on a really hot day, take the family out for a picnic at Irontone Springs. Play with the kids, work up a good thirst, and take a long drink from the fountain just like generations have before.

Chris Engle is an avid outdoorsman, outdoor columnist and stay-at-home dad in Hayes Township, Otsego County. He can be reached at englemobile@gmail.com.