That spring, with the season of Lent on the horizon, two businessmen were betting that sales of their hamburgers were about to take a hit. Catholics shun meat on Fridays during those 40 days before Easter and there were a lot of Catholics in Ohio who ate at their restaurants.

As the story goes, the two men got creative and made a gentleman’s wager: Whoever sold more of their “burgers” before Easter would earn their new item a place on the menu.

Ray Kroc, obviously a smart businessman since he’s the guy who founded McDonald’s in the first place, hedged his bets with a sandwich that swapped 100-percent beef for a ring of pure pineapple. He called it the “Hula Burger.”

His franchisee and foe in the bet put his money on a Good Friday standby protein: fish. A slab of breaded, deep-fried fish found its way under a blanket of cheese and tartar sauce tucked between two steamed, golden buns.

The reason you never heard of the Hula Burger is because it was trampled by Lou Groen’s “Filet-O-Fish” sandwich. And because I’m writing this on a Friday and was raised by a Catholic mother, I’ve got a good craving going for one right now.

Groen would go on to own many McDonald’s restaurants, along with the company that makes Stop Sticks, those things cops stretch across the highway to puncture a perp’s tires during high-speed chases.

He’d also come into a massive tract of forest and lakes north of Johannesburg and vacationed there regularly with his dear wife, Edna. 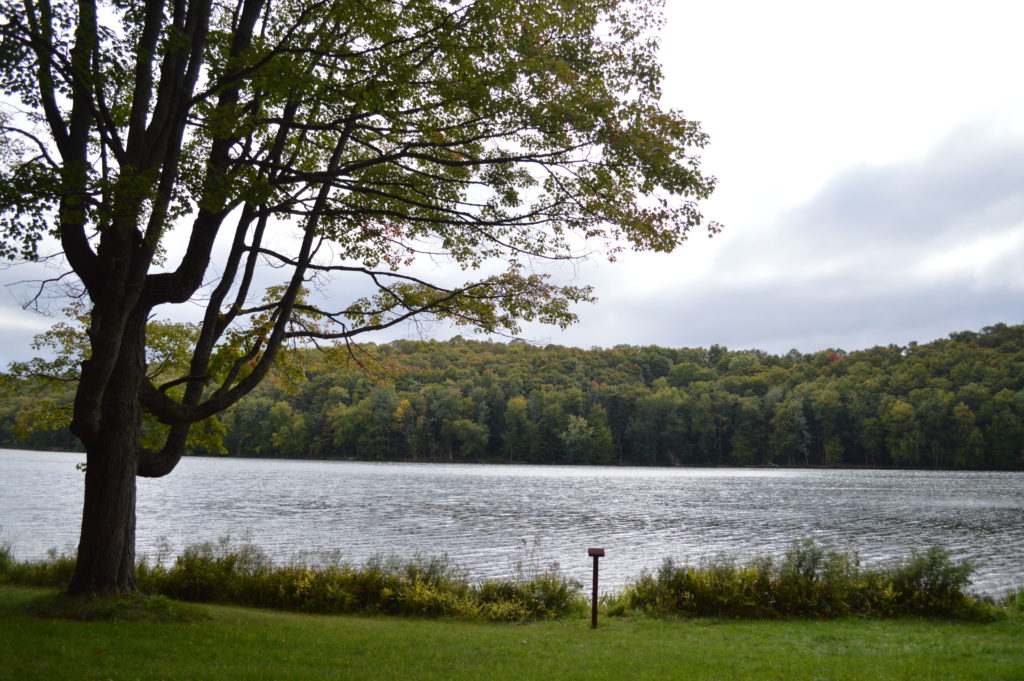 Johannesburg Lake, as viewed from a popular resting spot for visitors to the Louis M. Groen Nature Preserve. Photo by Chris Engle

In 2009 Groen, wanting to share his wealth with the good people of Otsego County, approached our local officials about donating this property as a public park. There were a lot of strings attached with the deal – restrictions on use, development and the like – and a lot of meetings were held to sort it all out. “Lou” Groen, then nearly 90, came to each meeting with a sack of piping-hot Filet-O-Fish sandwiches, so many and so often that county officials were tiring of eating them but did anyway because it was the right thing to do. 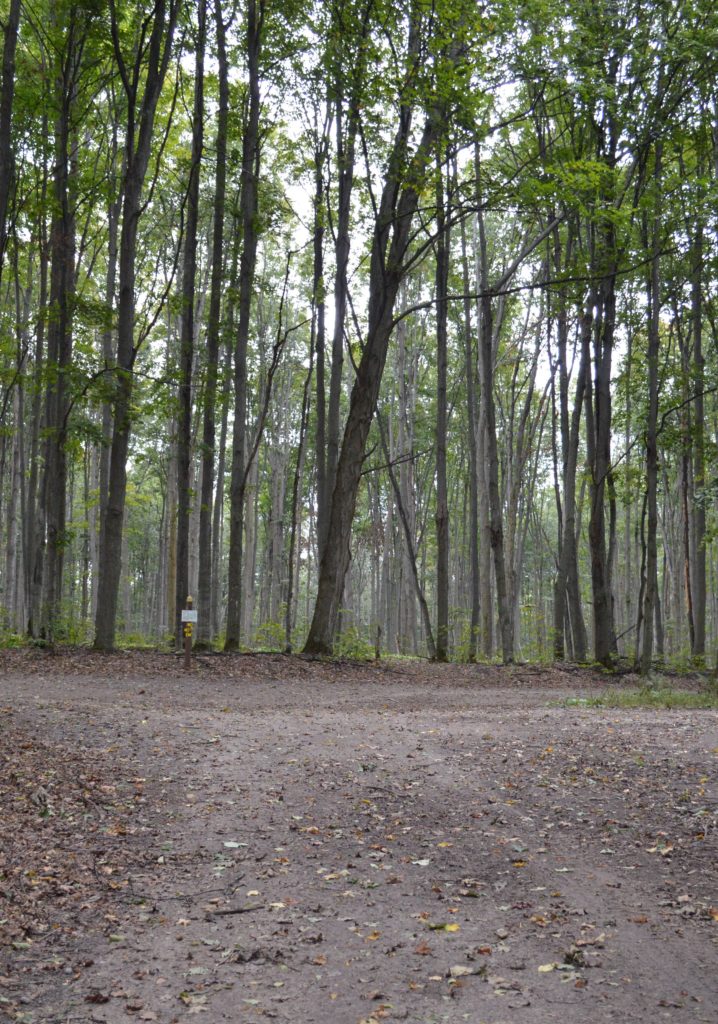 Much of the 800-acre property is mixed hardwood forest. Photo by Chris Engle

When all was said and done, 800 acres of forests, trails and lakes became the Louis M. Groen Nature Preserve, a monumental gift to Otsego County and Northern Michigan. Lou died two years later and his wife, Edna, whom I had the pleasure to meet during the dedication in 2009, went shortly thereafter.

That basically catches us up to now and the preserve welcomes guests on foot, bike and horseback to explore its woods and trails. After years of putting it off, I finally went Sept. 30 with my daughter in tow – she rode her half-wheeler as I pulled her behind my mountain bike. Here are my takeaways from the visit. 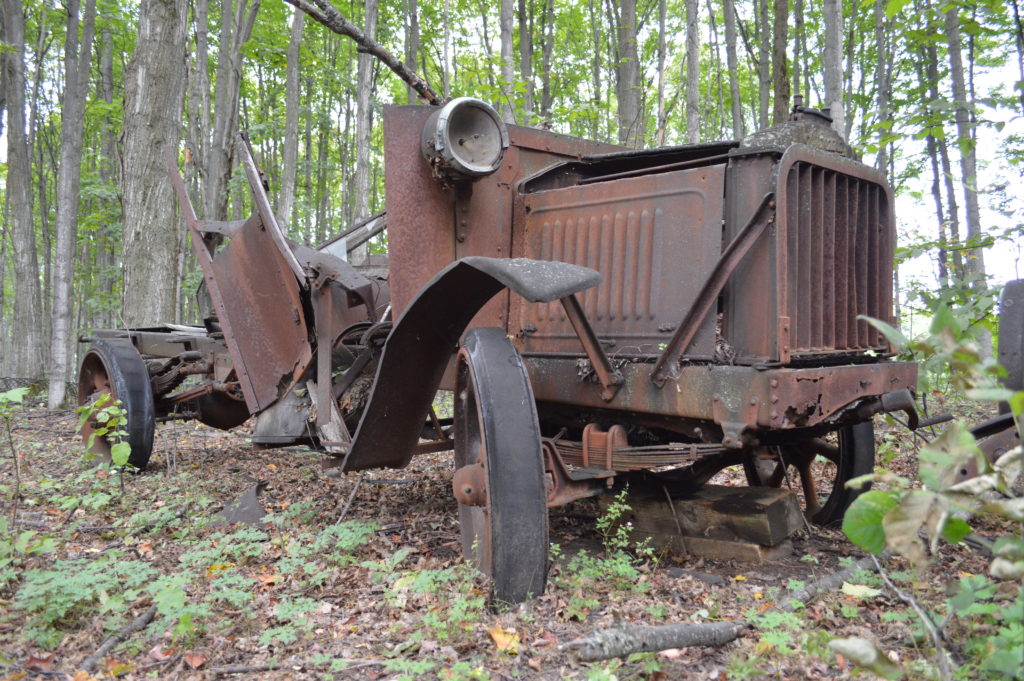 One of several pieces of rust along “Antique Alley” where old cars and farming equipment have been put to rest. Photo by Chris Engle

See it in chunks

Unless you’re a triathlete, there’s really no way of covering the entire preserve in one trip. For starters, it’s 800 acres. Secondly, there are 23 miles of trails to see – that’s almost marathon distance – and much of it runs through hills. Take your time and don’t over-exert yourself.

Be willing to explore

One major thing that sets Groen apart from any other trail system I’ve ever explored is the almost limitless choice of route.

While maps there suggest four main trail routes – paths A, B, C or D – there are plenty of “shortcuts” to create your own route. Each path is marked with color-coded posts and each trail intersection is clearly labeled with numbers and wayfinding arrows. Even so, there are dozens of numbered intersections and waypoints which create endless possibilities for new routes. I actually found it a little overwhelming on this first visit and was checking my map often. 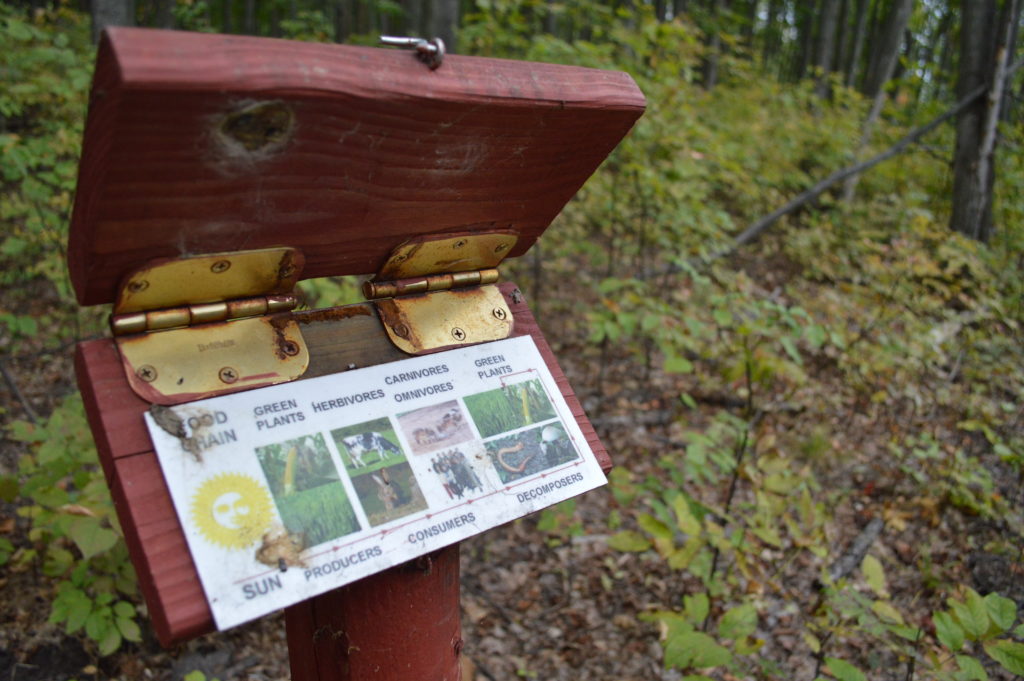 Dozens of interpretive signs can be found along the trail, each sharing some information about plants, animals or other features of the property. Photo by Chris Engle

There are, at the moment, no paved trails at Groen. The pathways are a network of two-track roads of dirt or wood chips.

If you’re exploring on foot, you’ll want a pair of low-rise hiking boots or running shoes with aggressive tread.

Mountain bikes are a must – street tires won’t be able to handle the soft dirt and wood chips very well. If you’re pushing a stroller, it better be the big-wheeled kind. Leave the rollerblades at home. 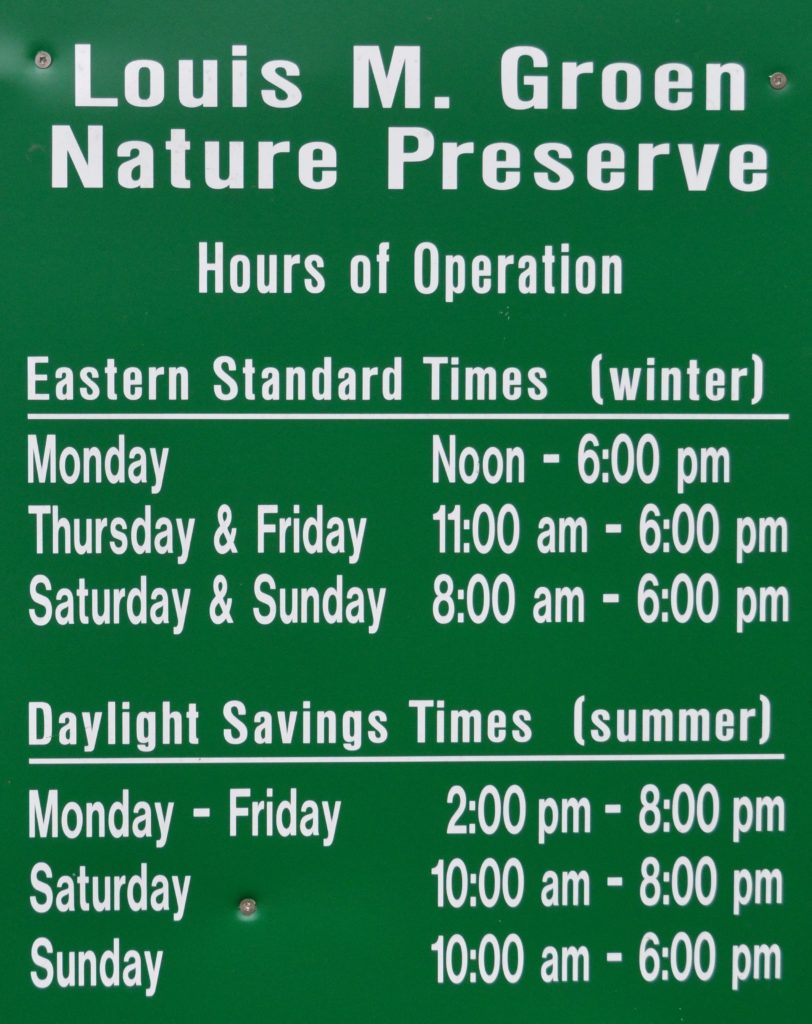 I think the best way to see Groen would be on horseback and equestrian riders are permitted one or two days a week. Bikes are not allowed on horse days so make sure to check the weekly schedule. A fall color hike is planned for Oct. 14 from 10 a.m. to noon. Maps of the Nature Preserve >>>

There are restrooms and a drinking fountain at the logging camp which is about a 20 to 30 minute walk from the entrance. You’ll definitely want to bring a water bottle on warm days or if you plan on exerting yourself at all, so plan accordingly. Same goes for clothing – dress in layers so you don’t get too warm. 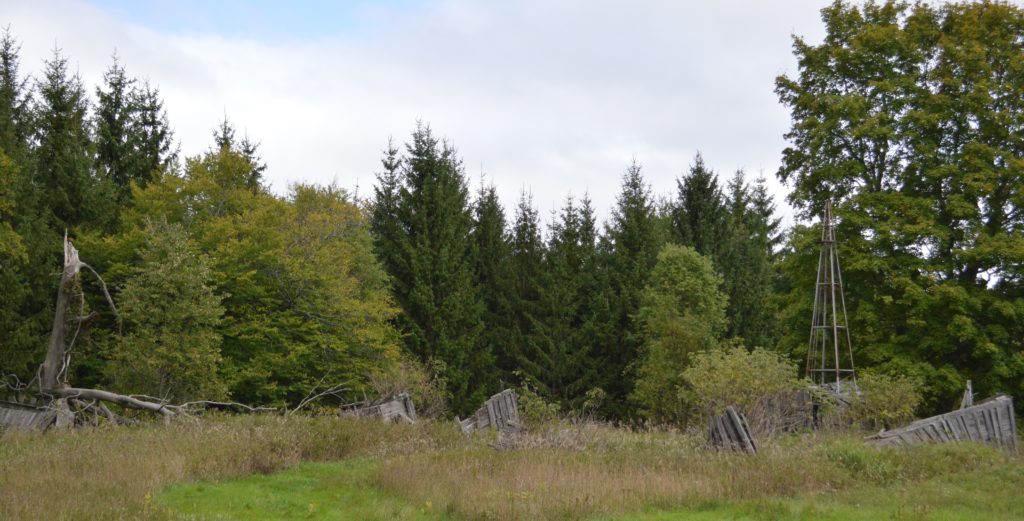 The ruins of an old logging camp can still be seen with about a 20- or 30-minute walk from the parking area. Photo by Chris Engle

That said, I would really love to someday see a paved trail circuit out there. It would not detract from the natural setting and would encourage more people to come see it.

The preserve is located about a mile north of M-32 off Gingell Road, just west of Johannesburg. With fall color season just around the corner, this place should definitely be on your list. And if you work up an appetite, a sack of Filet-O-Fish sandwiches should do the trick.

Chris Engle is an avid outdoorsman and freelance writer in Hayes Township, Otsego County. He can be reached at englemobile@gmail.com.